Will My Muscles Get Too Big If I Start Lifting Weights?

Will My Muscles Get Too Big If I Start Lifting Weights?

It’s not a yes, or a no, it’s really a maybe. There are a variety of factors that will help better answer this question. First is genetics. Some people are more predisposed to have more muscle tissue, and to build bigger muscles when working out. There are three different body types (endomorph, mesomorph, ectomorph) and a variety of blends. Mesomorphs are the individuals who tend to build more muscle. Also about two percent of the population has  a gene that makes building larger muscles when working out.

Besides genetics there’s also a male versus female, the hormones that men have inside of our bodies make males more apt to building muscle mass, where females are less likely to develop big and bulky muscles. The hormone that causes it is testosterone. Males typically have much higher levels than females and testosterone levels play a large role in whether or not you can build muscle. As a side note testosterone helps burn body fat and that is one reason men tend to have an easier time with fat loss.

Somewhat related to testosterone is age. As we age there are several reasons why we lose the ability to build muscle – one of the primary reasons again is the changing of our hormonal environment, including testosterone.

Besides uncontrollable factors like age – certain styles of training will have an effect on the amount of muscle mass.  Training factors that will maximize muscle development include volume of training (number of sets performed for an individual muscle group). For example if you do one or two sets of an exercise that engages the triceps (arms) it will build significantly less muscle than if you perform eight to ten sets for the same muscle (when starting out NEVER do more than a few sets per muscle group or you could hurt yourself).

In addition to sets, the rep structure plays a role. Generally speaking lower reps (5-10 reps per set) tends to build more muscle than higher reps (12-15 reps per set). This also relates to the amount of weight that can be lifted as more weight can be lifted when using lower reps. An example would be doing a bench press with 125lbs for 8 reps will typically build more muscle than doing 95 pounds for 15 reps.

No matter if you train with heavier weights, if you train shy of momentary muscular failure you will build less muscle and strength. To maximize improvements going to failure on one set per exercise is a good idea. You can still build muscle without going close to failure but it will be limited and your ultimate improvements in strength will be less.

Bottom line it’s difficult and rare for women to grow bulky muscles and it’s even difficult for many men. If you want to make improvements in strength and fitness but avoid building large muscles. Keep your sets to only one or two per exercise, gravitate towards reps of 12-15, and train to momentary muscular failure for no more than one set per exercise. 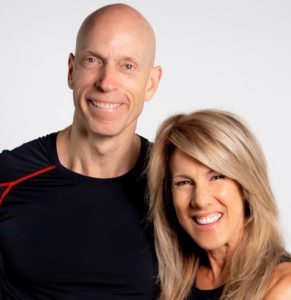