Confused About What To Do at The Gym? 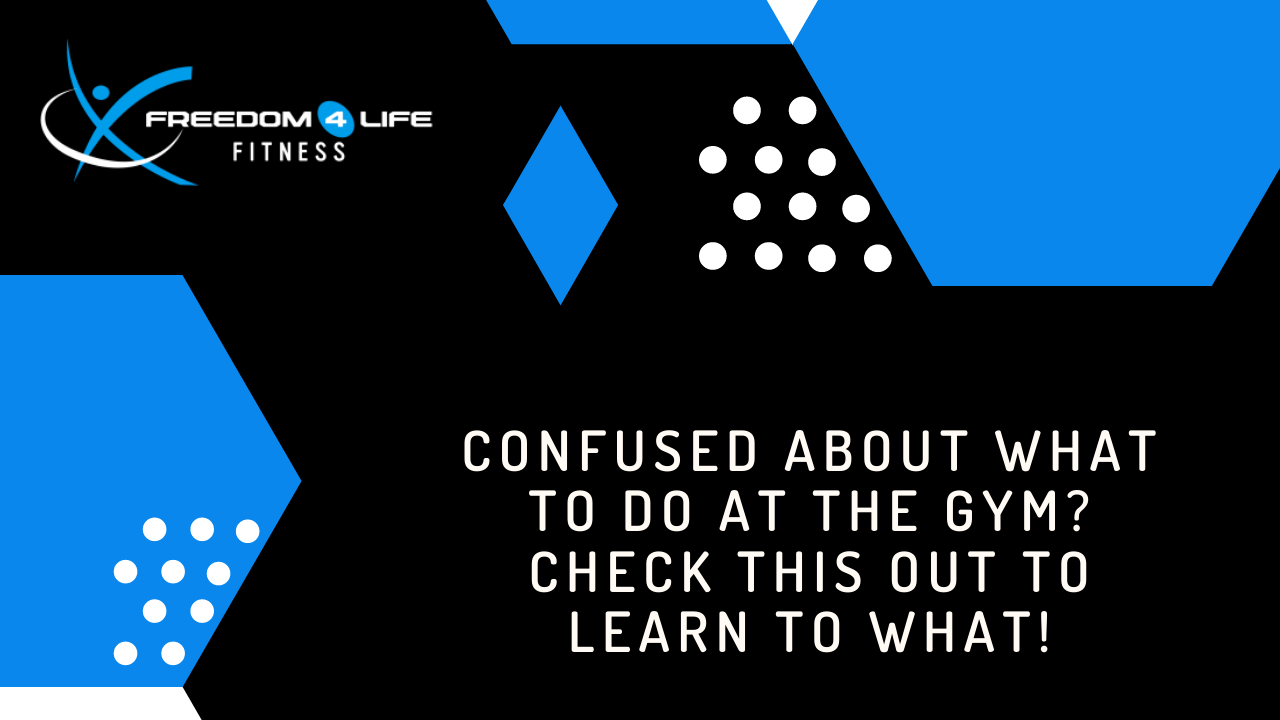 Confused about what to do at the gym? Check out this article to find out what!

People often ask me, I go to the gym, I’m lost, I don’t know what I should do. I don’t know what a good exercise program is. While books can/have been written on the complexities of strength training this article is going to give you a basic roadmap to follow. While this isn’t going to turn you into an olympic athlete overnight it will provide you with an effective program that will cover the most important parts of a strength training program.

An Effective Strength Training Program To Do at The Gym

An effective strength training program is built around seven movement patterns the human body was created to do. And so if you can remember the seven basic movement patterns, you’re going to be able to give yourself a good workout.

So the first one is gait, we really do that, just you having to go to the gym, you’re doing gait, so we should do some type of walking or running or jogging, or jumping, that’s gait. Another one is push, we should do some type of pushing motion, that can be a push up, it can be a bench press, or a dumbbell bench press. In addition to the push we also want to pull. So that could be a lat pulldown, pull up, or a row. The last movement pattern that focuses on the upper body is a twisting movement pattern. So twisting would be rotation, it could be a twisting crunch, a cable rotation, or even an anti rotation movement (i.e. Pallof Press).

Besides upper body focused movement patterns there are lower body ones as well.  The first would be a one leg dominant exercise or a lunge. So that’s an exercise where we’re putting more load on one side of the body and one leg in particular. So walking lunges, step ups, or one leg squats (aka pistols) would be examples of one leg dominant pattern.  The next movement pattern is a squat. This movement pattern usually occurs throughout the day when you get in your car, however it is also a good idea to mimic this pattern in the gym. Examples of this include body weight squat, barbell squat, front squat, dumbbell squats, etc. If you’re just starting out, a bodyweight squat is fine. If you’re more advanced, you could do a barbell squat, front squat, dumbbell squats, and/or goblet squats. The last movement pattern is the bend – this is where we’re actually bending forward at the waist. When you do this, you want to make sure that your back is flat, a lot of people will round. And if you round when you’re doing a bending movement that can potentially hurt your lower back. So if you do that, you want to make sure you’re careful. A perfect illustration of the bending movement pattern is a deadlift, or picking up a box would be an example of an everyday activity.